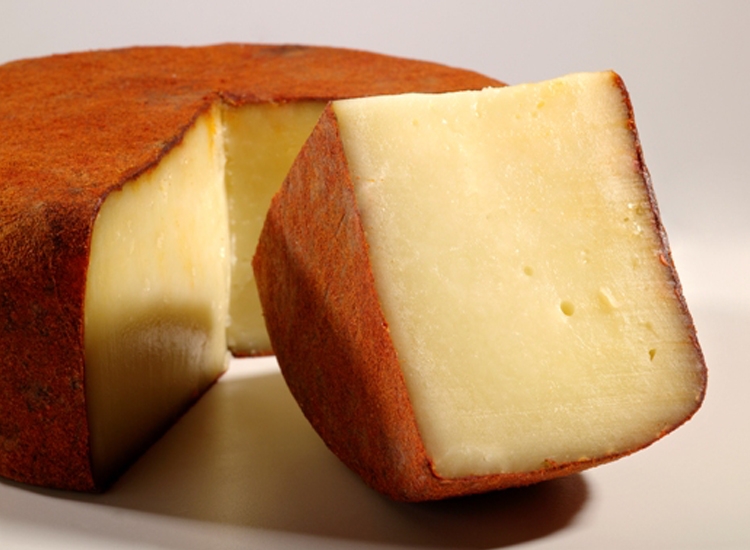 Serra da Estrela DOP cheese, the famous throughout the world for its unique character and intense flavour, has its ancestors even in Roman times. Made in the mountains of Serra da Estrela (the highest peak of Portugal Continental – 2000m, 600ft), in the Beiras region, this traditional washed rind farmhouse cheese is described as the "king of Portuguese cheeses" or it’s “Grandfather”. Trade secrets have been passed down from generation to generation, this cheese is still made by hand under rigorous rules. Serra da Estrela DOP is a hand-made cheese, exclusively from “Bordaleira da Serra da Estrela” sheep’s which produces thick, luscious and aromatic milk. The cheese is cured with thistle flower, an indigenous mountain plant, and is made into 1 kg or 500g with its soft core seen oozing out. The cheese is buttery with a fine creamy texture, white or slightly yellow, unctuous, with little or no eyes and almost spreadable, smooth, thin, straw-colored rind and an unmistakable aroma. It’s often described as having a clean, perfumed bouquet, and a sweet finish that hints of herbaceous and lightly acidulous. Very often eaten with a spoon. Serra is also produced in the aged (velho) style, obtained by prolonged maturation of a minimum period of 120 days, its more astringent than the younger version. Ripened, semi-hard to hard cheese, slightly brittle, oily, with little or no eyes. Before packing they are painted with an emulsion of olive oil and sweet red pepper, an ancient insecticide. After one year has an intense nutty flavor but keeping the creamy taste. Both are equally as pungent and perfectly delicious.